In a research note released today, Roth Capital research team, led by analyst Debjit Chattopadhyay, maintained a Buy rating on Alcobra Ltd (NASDAQ:ADHD) with a $10 price target, as the company is scheduled to launch a second Phase III study in adult ADHD in the second quarter of 2015.

Chattopadhyay noted, “A wider appreciation that despite a failed phase 3, Alcobra has an active drug that is substantially differentiated from competition based on its safety profile has led the stock (up 99% YTD) to outperform its peer group (XBI, up ~14% YTD), in our view. As Alcobra readies to initiate its second phase-3 in adults with ADHD during 2Q15, we continue to believe that modification to the study design and enrollment criteria could drive a positive outcome. Alcobra remains well-funded through the end of the phase 3, which could cost up to $15M, by our estimates. Assuming a 2Q15 initiation, topline data could be available during late-2016 allowing for an early 2017 NDA filing.”

The analyst explained his price target, commenting, “Our current $10 target reflects approval/adoption only in adolescent ADHD segment. Anticipated regulatory clarity on the design/ powering of the phase 3 in adults with ADHD is an upside to our model. Risks to our target include clinical study failures.” 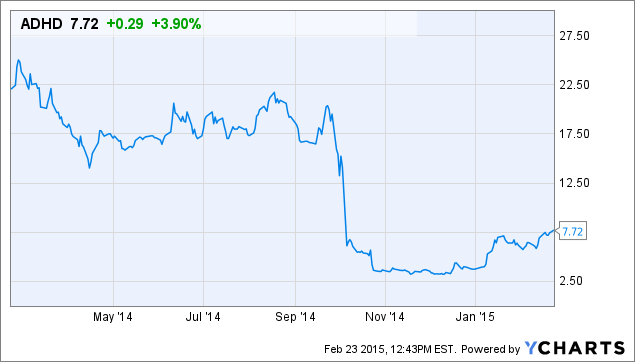