In a research note released yesterday, Roth Capital analyst Joseph Pantginis reiterated a Buy rating on Palatin Tech. (NYSE:PTN) with a $6 price target, following the company’s release of its fiscal year 2014 results, posting an EPS (earning per share) of $0.13.

Pantginis wrote, “Current focus is on advancing the BMT program following last week’s announcement of the E.U. partnership with Gedeon Richter to develop BMT for female sexual dysfunction (FSD). The deal includes a $9.9 million upfront payment, up to $108.9 million in developmental and regulatory milestones and low double-digit royalties on potential net sales. The regulatory path for the E.U. is expected to consist of one Phase III study and a small long-term safety study as well as support from the U.S. NDA. As part of the deal, PTN will fund certain E.U. development activities, so the net effect of PTN’s participation in the E.U. should be cash neutral. The European Phase III is expected to begin in 3Q15. PTN expects to start screening patients for the U.S. Phase III study in 4Q14. U.S. partnering discussions remain ongoing, but we believe the E.U. partnership is an important validation that could catalyze U.S. discussions. We believe U.S. discussions are complex. Recall that the field and potential suitors await FDA action on Sprout’s flibanserin and any potential added views on developing a drug for FSD. The FDA has required more safety data for flibanserin following FDA concerns with sleepiness, dizziness and anxiety (issues not experienced in the large positive randomized Phase II with BMT). Additionally, on October 27/28, 2014, the FDA will be holding a patient and science focused workshop on developing drugs for FSD.”

Pantginis continued, “We believe that Palatin represents a significant value proposition based on 1) the promise of BMT in FSD, a large unmet medical need 2) increased partnering potential 3) important validation in hand with a large partnership with AstraZeneca for obesity and 4) strong pipeline growth potential.” 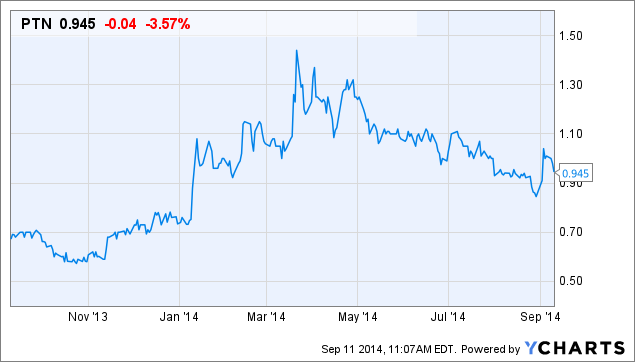