In a research report issued today, Roth Capital analyst Scott Henry reiterated a Buy rating on RedHill Biopharma (NASDAQ:RDHL) and raised his price target to $27.50 (from $25.00), which represents a potential upside of 150% from where the stock is currently trading.

Henry noted, “We highlight RDHL as a company to watch in 2015. Specifically, the company has three late stage GI compounds that have multiple clinical catalysts. We further believe that RHB-105 could emerge onto the scene in a big way with pivotal clinical data in 2Q15. The driver to the increased price target is RHB-105.” 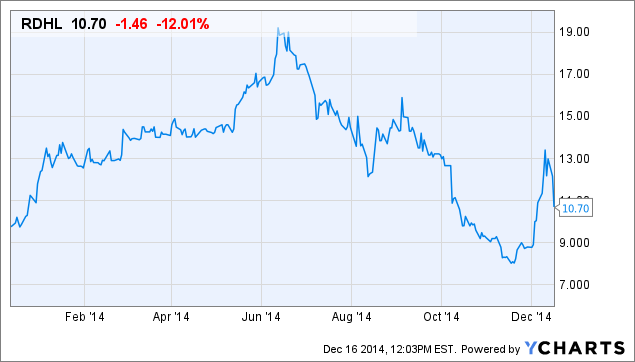 We Are Looking For An Eventful 2015 For RedHill Biopharma, Says MLV