In a research report issued today, Roth Capital analyst Debjit Chattopadhyay maintained a Buy rating on Sarepta Therapeutics (NASDAQ:SRPT) with a $34 price target, following the CEO statement that the dosing in the company’s large confirmatory trial will be delayed by at least a month.

Chattopadhyay noted, “In the grand scheme of things the delay may not be material, in our opinion, but it is potentially negative news for a company already battered by the termination of its CSO. Note that dosing delay should not have any bearing on the NDA submission, and based on the FDA guidance both the pivotal studies have to be underway at the time of any potential approval during 2H15.” 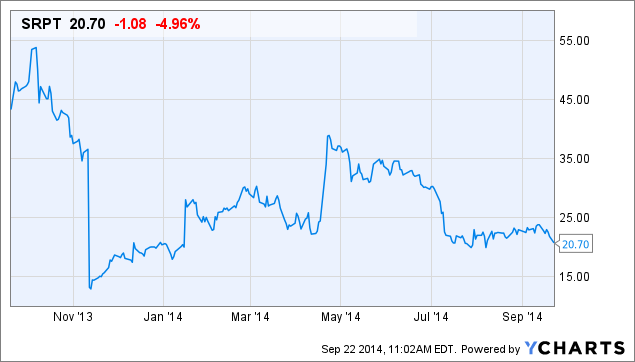