Roth Capital analyst Joseph Pantginis is out with his second note this week on Ligand Pharmaceuticals (NASDAQ:LGND), reiterating a Buy rating with a price target of $121.50, following the news that LGND partner, GlaxoSmithKline (NYSE:GSK) announced the expected submission of the regulatory filing to EMA for Revolade (Promacta) in severe aplastic anemia (SAA).

Pantginis commented: “We expect Revolade to be approved for SAA by the EMA following its approval in August by the FDA for the same indication under Breakthrough Designation. We believe LGND’s royalty stream from Promacta will continue to grow from both currently approved indications as well as anticipated settings in the future in the oncology setting. Recall that Promacta sales for 3Q14 were $104 million vs. our estimate of $99 million and LGND is entitled to a 7.5% royalty growing to 9.4% next year.” 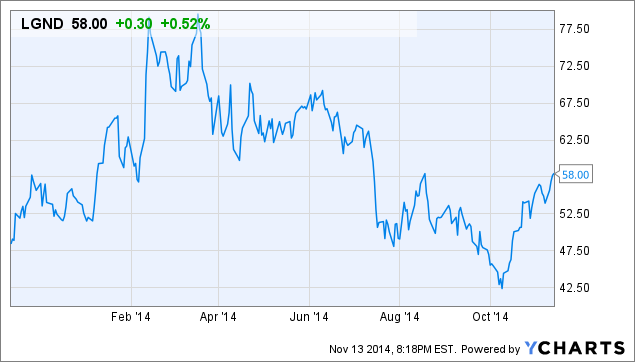