In a research report published Thursday, Roth Capital analyst Joseph Pantginis maintained a Buy rating on Cytori Therapeutics (NASDAQ:CYTX) with a $3.50 price target, as two new Japanese regenerative medicine laws that went into effect on November 25th, 2014, would potentially provide a clear and de-risked regulatory path for Celution and ADRCs.

Pantginis wrote, “These laws place ADRCs in the lowest risk category, Tier 3, compared to embryonic or genetically altered cells which are placed in the higher risk group, Tier 1 and 2. As a result, the regulatory approval path will be less stringent for ADRCs, which should result in increased usage of Cytori’s technology. Similarly, the new laws help streamline Class II and III device regulations.”

The analyst added, “We believe that with these new laws, the regulatory path for CYTX has been cleared and de-risked, with less stringent approval processes for both Celution and ADRCs as well as enabling reimbursement coverage during the conditional approval period. This in turn should positively impact the road forward for potential approval of Celution and ADRCs.” 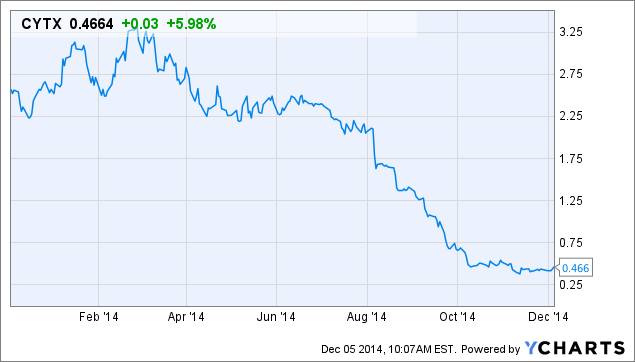