In a research report sent to investors today, Roth Capital analyst Joseph Pantginis reiterated a Buy rating on Celldex Therapeutics (NASDAQ:CLDX) with a price target of $43, as the company announced that enrollment in the Phase III ACT IV study is complete at 745 patients.

Pantginis wrote, “This progress in ACT IV follows the recently released positive data from the Phase II ReACT study of rindo in recurrent GBM. Recall that CLDX expects ReACT data to become “final” over the next 3-6 months at which point it expects to engage the FDA as to a potential regulatory path. ReACT is the first study to show a survival benefit in EGFRvIII-positive recurrent GBM patients. Together, progress in ACT IV and ReACT is bringing back investor focus to rindo, which in our belief, could represent the second cancer vaccine approved in the U.S.” 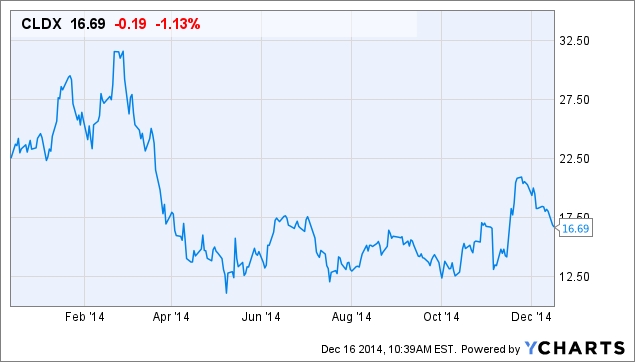