In a research report issued yesterday, Roth Capital analyst Philip Shen assigned a Buy rating on Trina Solar Limited (NYSE:TSL) with a price target of $25.00, following yesterday’s news that the company will build and own a 300MW project located in Yunnan province.

Shen noted, “While the sentiment in the stock is likely challenged near-term given the challenging visibility in China and uncertainty of economics in the US, we believe this is an incremental positive, as the large project bolsters the company’s plans to develop a robust downstream business.”

The analyst added, “Construction is slated to begin in Q3, and the project could be online as soon as Jun’15. The strategy for the company is to hold on to the project with plans to potentially pursue a yieldco (though nothing has been decided).”

According to TipRanks.com, which measures analysts’ and bloggers’ success rate based on how their calls perform, analyst Philip Shen has a total average return of 6.3% and a 54.4% success rate. Shen has a -5.8% average return when recommending TSL, and is ranked #854 out of 3253 analysts. 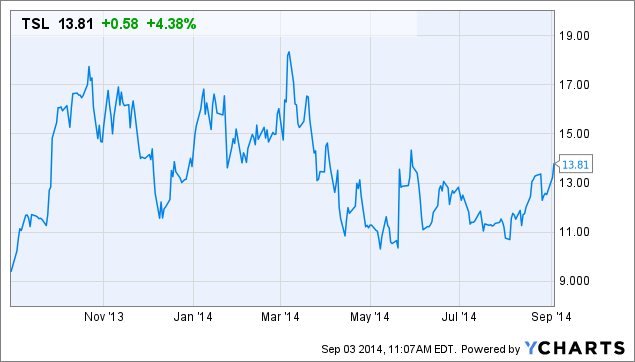