Baldry wrote, “ATTU yesterday released Maestro 2.0. After first introducing Maestro in April of this year, ATTU closed its first Maestro deal in 2Q14. Having now added meaningfully to Maestro’s functionality, and having added significantly to its quota carrying sales heads over the past year, we believe Maestro’s potential to drive higher ASPs could lead to faster growth in 2H14 and 2015 than currently forecast.”

According to TipRanks.com, which measures analysts’ and bloggers’ success rate based on how their calls perform, analyst Richard Baldry has a total average return of 9.8% and a 60.0% success rate. Baldry is ranked #1132 out of 3253 analysts. 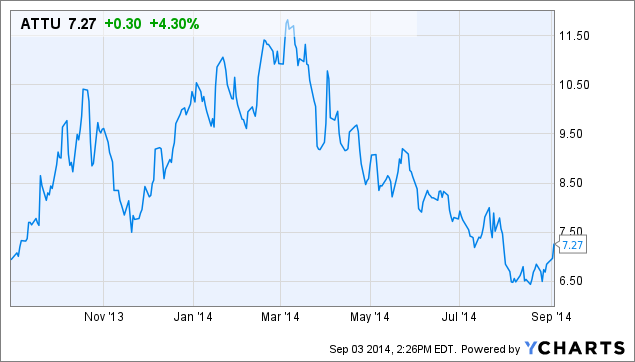