Roth Capital analyst Debjit Chattopadhyay weighed in today with a favorable report on bluebird bio Inc (NASDAQ:BLUE), reiterating a Buy rating and $192 price target, which implies an upside of 45% from current levels.

Chattopadhyay noted, “Bluebird shares are down ~31% (vs. 2.7% for the IBB) since 5/29/15, primarily due to lack of near-term catalysts, the GBT IPO, and significant 10b5-related transactions, wiping out most of the SCD-associated NPV from the stock, in our view. With ASH abstracts <two months away, and independent validation of lentivirus-based GT, we expect the stock to be back in favor heading into substantial data at the ASH.”

Furthermore, “Given the rarity of the indication and the strength of the clinical data thus far, we are assuming a 65% probability of success for the Lenti-D program in CCALD. We also assume that ongoing Starbeam study (despite the limited number of patients) should be sufficient for regulatory approval. We assume commercial launch during 2018, and our base case pricing assumption is $1.2M per patient. We model peak sales of $112M during 2025, which drives our NPV for Lenti-D to $3/share.”

As of this writing, 8 analysts are bullish on bluebird bio, according to TipRanks. The average 12-month price target on the stock is $215, marking a 62% potential upside from where the stock last closed. 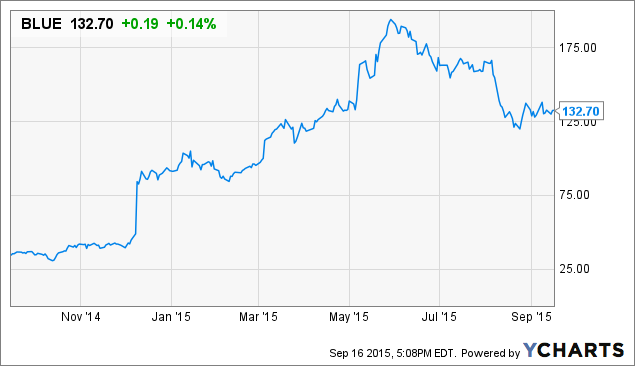