In a research note issued yesterday to investors, Roth Capital analyst Ed Arce affirmed a Buy rating on Acura Pharmaceuticals (ACUR) with a $1.50 price target, after ACUR announced a $300,000 grant by the National Institute On Drug Abuse (NIDA) of the NIH to fund Phase I development of its new, early stage abuse deterrent technology, Limitx, to address abuse by excess oral consumption of multiple tablets.

Arce noted, “We view this announcement as an important milestone in expanding the breadth of Acura’s technology platform. We view Limitx particularly important given that the FDA has recently questioned the relevance of the nasal route of abuse of Vicodin in the U.S., vis-a-vis abuse deterrent claims sought by Acura for its AVERSION Vicodin (hydrocodone/APAP) product.” The analyst added, “We continue to anticipate a commercialization agreement with a new partner, by year-end, for Acura’s approved AVERSION oxycodone product (formerly known as Oxecta), with an assumed upfront payment of $15M in 4Q14 and a commercial relaunch of the drug likely in 1Q15.”

According to TipRanks.com, which measures analysts’ and bloggers’ success rate based on how their calls perform, analyst Ed Arce has a total average return of 28.5% and a 64.0% success rate. Arce is ranked #197 out of 3265 analysts. 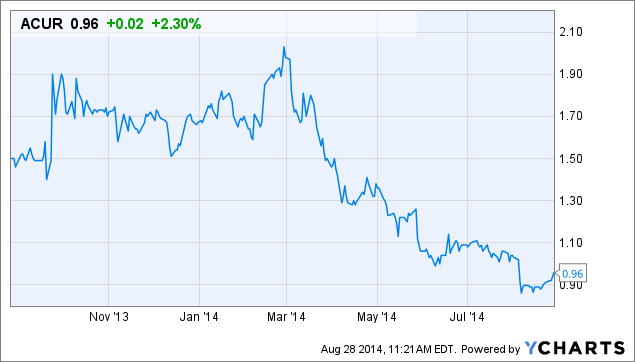