Arce commented: “We believe the NDA will be resubmitted by year-end and AcelRx believes it is likely a Class I (two month) review. If so, Zalviso could be approved in February 2015, and before Ionsys. The analyst added, “This is not an approvability issue. AcelRx will submit more stability testing data that demonstrates a 2 year shelf life, though it is unclear whether FDA is asking about the tablets or the device. With ACRX trading at ~$7 intraday, we affirm our Buy rating”.

Arce continued, “Following a $10M draw in June from its Hercules debt facility (second tranche), AcelRx ended 2Q14 with over $90M in cash. With the planned initiation of the ARX-04 Phase III trial still on by year-end, quarterly burn will increase to about $12M from $10-$11M currently. AcelRx believes it has a 2-year cash runway”. 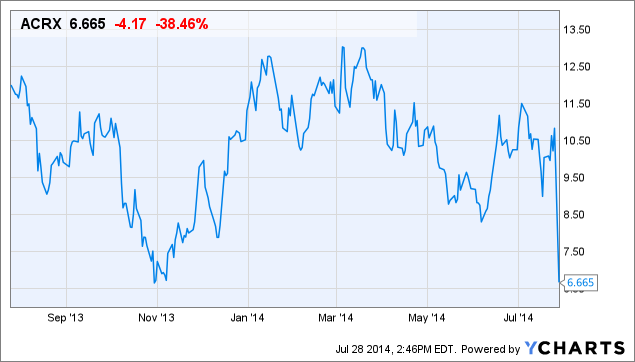