Dayal wrote, “We believe this study is a continuation of the trial, the results of which were earlier, used to gain FDA approval of the Argus II in the US and CE Mark in Europe […] Throughout five years of clinical study, results showed that patients’ visual function improved after implantation with the Argus II and these improvements were sustained over five years. Patients reported that using Argus II had a positive impact on their wellbeing, including a renewed connection with loved ones and the world around them. Results also demonstrated that the Argus II had an acceptable safety profile.”

“Argus II, in our opinion, remains the only FDA approved solution of its kind in the market and continues to prove its safety and long term effectiveness. One of the biggest benefits of the Argus II implant stems from the quality of life improvements for patients (from various levels of vision restoration). The long-term effectiveness also plays into, we believe, making the solution attractive from a cost perspective to the patient,” the analyst added.

As usual, we recommend taking analyst notes with a grain of salt. According to TipRanks.com, which measures analysts’ and bloggers’ success rate based on how their calls perform, analyst Amit Dayal has a yearly average return of -19.3% and a 31% success rate. Dayal has a -73.7% average return when recommending EYES, and is ranked #3881 out of 4075 analysts. 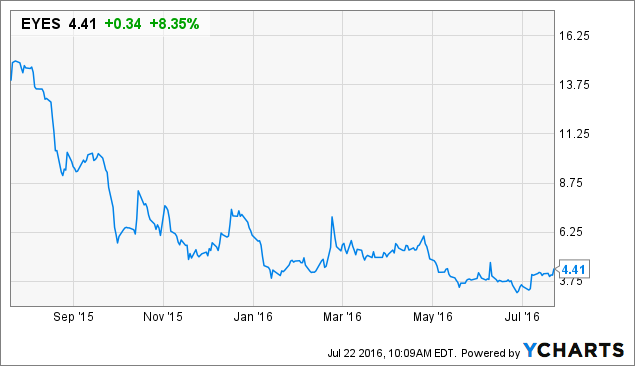