In a research report released today, Brean Capital analyst Jonathan Aschoff reiterated a Sell rating on Rockwell Medical (NASDAQ:RMTI) with a $4 price target, which implies a downside of 61% from recent market prices.

Aschoff observed, “Rockwell, unlike Dendreon or Vivus, has far greater to fall, in our view, upon our projected dismal commercial expectations for Triferic, and that is assuming the FDA approves Triferic. Even if Triferic could eliminate the need for IV iron, we believe it would still fail to improve dialysis center economics, and dialysis centers have already demonstrated that their choice of drugs subject to bundled reimbursement is in part driven by economics.”

“We note that the PRIME trial poster touts a 48% drop in IV iron use, however it is a cumulative measure, and thus any early difference in IV iron use appears visually as a continued separation between curves even if IV iron use was identical thereafter. This is yet another example of Rockwell’s disconnect between statistical significance and clinical relevance. The FDA did not help either, as it convened a panel of experts for sure, but unfortunately too few of them had the relevant medical expertise, in our opinion. We note Rockwell’s recently proposed $55 million financing and look forward mostly to the roughly 5.5 million borrowable shares to come.” 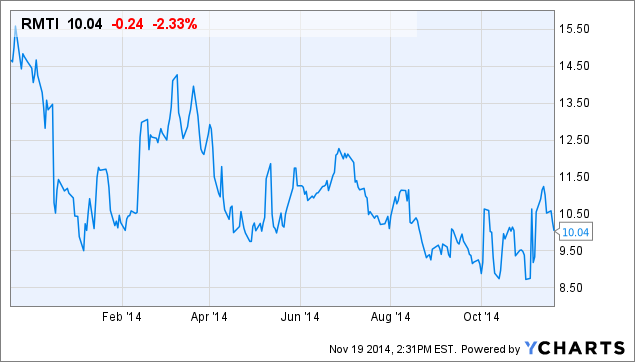