Aschoff wrote, “We believe that the briefing documents are overwhelmingly directed at TRT in particular, and only tangentially related to Androxal, and we support that view in part by noting that Repros has only been allotted a mere 3.5 minutes to speak during the one and a half day panel meeting. The four questions raised by the FDA were centered around two themes 1) the appropriate patient population for which TRT should be indicated, and 2) the potential CV risk associated with TRT. Given that Androxal has a different mechanism of action and had different inclusion/exclusion criteria in its trials compared to TRT drugs, we believe that Androxal will be less impacted by the panel than TRT, should CV risk and/or patient population restriction be emphasized, and we therefore view Repros as substantially oversold in response to negative commentary from midday yesterday. We look forward to the one-year safety data and final Phase 3 results for Androxal in October, which should assuage concerns for CV risk, in our view.” 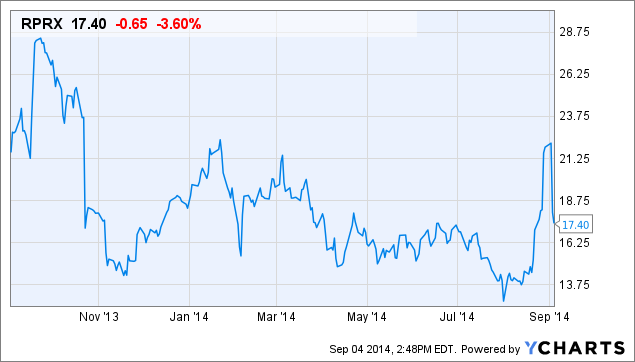