We Remain On The Sidelines On Ocwen Financial And Reviewing Our Estimates, Says Oppenheimer

In a research report released Tuesday, Oppenheimer analyst Ben Chittenden reiterated a Perform rating on Ocwen Financial (NYSE:OCN), following the news that the company has came to a comprehensive settlement with the New York Department of Financial Services. No price target was provided.

Chittenden wrote, “The facts of the settlement itself didn’t present too many surprises; the 5:00pm conference call, on the other hand, absolutely did. On the call management basically said, we are throwing out the old business plan and creating a new one, focusing on our competitive advantages.”

The analyst added, “We remain on the sidelines and are reviewing our estimates. The company is basically reallocating capital to new strategies, and we think investors will want to see progress in profitably allocating that capital before paying a premium for it. For the time being, we think the stock is range-bound.” 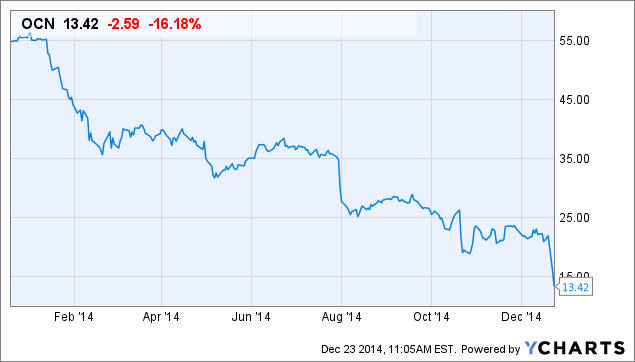