We Remain Positive And Consistent With Our Bullish Investment Thesis On Achillion, Says Maxim

Kolbert noted, “Gilead’s Sovaldi plus Achillion’s NS5A (ACHN-3102) showed “best in class” data, 100% SVR4 in a six week trial. Data from the second trial showed Achillion’s Nucleoside to be potent with a differentiated mechanism of action.”

The analyst added, “Looks like Achillion has a viable nucleoside and we know they have a viable NS5A (probably best in class), together they equal High SVR’s with short treatment duration. With end of year cash ~$100M, we remain positive and consistent with our very bullish investment thesis.” 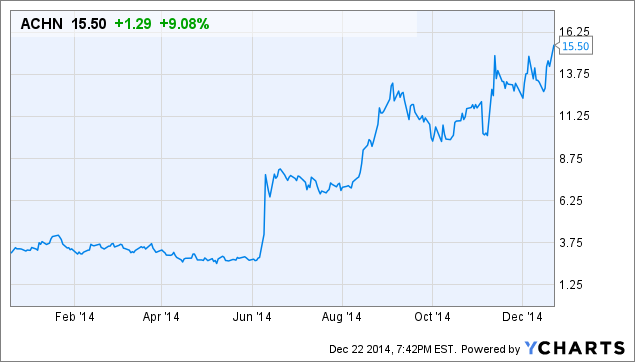