In a research report issued to investors today, Deutsche Bank analyst Lloyd Walmsley reiterated a Buy rating on Yelp Inc. (NYSE:YELP) with a price target of $86, ahead of the company’s third-quarter results.

Walmsley noted, “We remain long-term bulls on Yelp and expect to see another quarter of strong top line results in 3Q. As national accounts and CPC advertising become a growing priority for the company, we believe it is more appropriate to focus on revenue performance as opposed to net new active business accounts. While the stock has sold off recently, we noted that Yelp is not heavily exposed to issues like FX or Ebola which have weighed on other names and sentiment has swung negative. The company also looks far less expensive on the calendar flip to ’16 estimates. We remain bullish on Yelp’s strength in mobile, efforts to close the loop, and the growth of CPC advertising.” 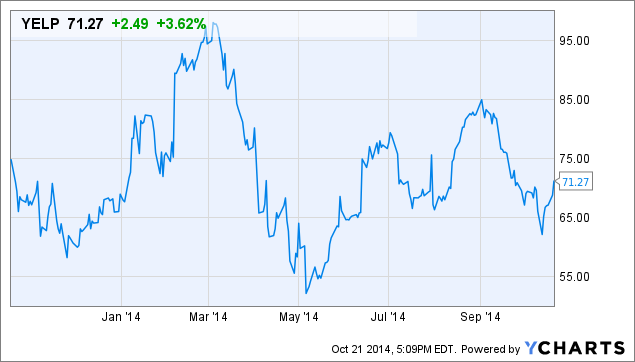