We Remain In The Facebook Bull Camp, Says Deutsche Bank

Deutsche Bank analyst Ross Sandler was out pounding the table on Facebook Inc (NASDAQ:FB) Friday, reiterating a Buy rating and a price target of $90, which implies an upside of 16% from current levels.

Sandler noted, “The contrarian playbook, or leaning the opposite direction from the consensus herd, has historically worked out nicely on Facebook’s quarterly results. However, we think the muted stock performance since March 2014 coupled with potential modest upward estimate revision should be enough for Facebook to move up despite the crowd, on 4Q results.”

The analyst added, “Beyond the results, FB is arguably under-earning at only 8% of overall digital advertising in 2014 vs. their session share, and we see a number of positive potential catalysts lined up, hence we remain firmly in the bull camp.”

Facebook, Inc. operates as a social networking company worldwide. It provides a set of development tools and application programming interfaces that enable developers to integrate with Facebook to create mobile and Web applications. 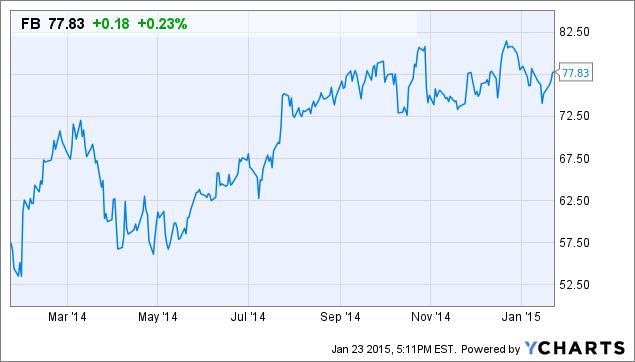