Pantginis noted, “With these additional data, Regeneron and Sanofi are well positioned for their expected upcoming regulatory submissions for alirocumab in the U.S. and E.U. Following the previously released positive data from ODYSSEY studies, these new data add to the overall impressive efficacy and safety profile of alirocumab and highlight its potential in lowering LDL-C levels, particularly in populations resistant to current treatments with statins and ezetimibe. Regeneron/Sanofi and Amgen are now neck and neck with regards the possible approval schedule based on their regulatory filings. Amgen submitted its BLA on August 28th and its MAA filing on September 2nd. Regeneron and Sanofi announced that they intend on initiating both U.S. and E.U. regulatory submissions by the end of 2014.” 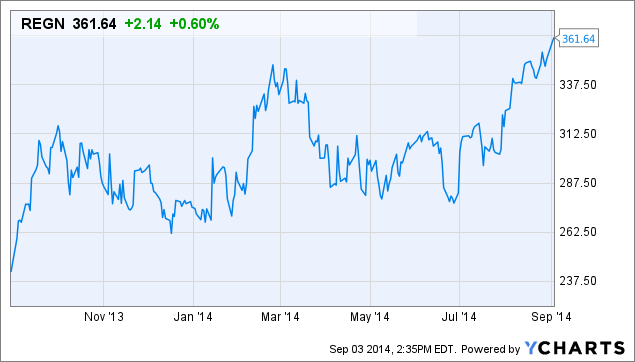