RBC Capital analyst Mark Mahaney reiterated an Outperform rating on LinkedIn Corp (NYSE:LNKD) with a price target of $245, which implies an upside of 5% from current levels.

The analyst added, “We included LNKD in our list of Top Large Cap Longs for 2015. LNKD currently ranks fifth in our top five (behind AMZN, NFLX, FB, and PCLN) given its current valuation and the relatively modest potential upside to our price target. We would be more aggressive on pullbacks, although we are buyers here. LinkedIn’s fundamentals remain among the strongest in the group, with diverse and consistent-growth revenue segments and steady EBITDA Margin expansion (somewhat unusual among the Large Cap Nets).” 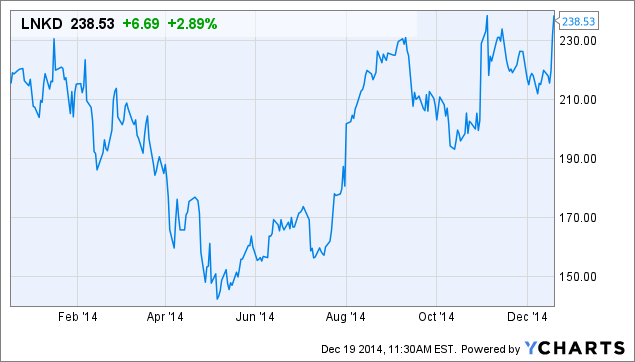