RBC Capital analyst Simos Simeonidis weighed in today on two biotech stocks, Sarepta Therapeutics Inc (NASDAQ:SRPT) and PTC Therapeutics, Inc. (NASDAQ:PTCT), following the release of the FDA Draft Document “Guidance for Industry” on Developing Drugs for Duchenne Muscular Dystrophy (DMD). The analyst believes that the draft will be positive “for essentially all the companies in the space.”

Simeonidis noted, “We view the following sections as positive for Sarepta, since they point to the importance of dystrophin, even when it cannot be established as a surrogate endpoint. Even if it cannot be concluded that a given biomarker can serve as a surrogate endpoint, positive findings based on a biomarker may help support the mechanism of action of a drug, help to identify the appropriate patient population to study or treat, or support the validity of findings on other endpoints.”

The analyst rates SRPT a Hold with a price target of $20, which represents a potential downside of 24% from where the stock is currently trading.

The analyst continued, “We believe that PTCT’s dataset is one that is a lot less dependent on what the FDA guidance says, than other companies’, given the strength of the data, and given that a lot will depend on what happens with the ACT DMD Phase III trial. Still, PTC’s dataset was indirectly positively mentioned in a number of ways in this new FDA guidance: its placebo-controlled trial (“strongly recommended”), the fact that the drug showed benefit not only in one clinical endpoint, but in a number of secondary endpoints (e.g. myometry), the large size of the trial, the duration of the trial, etc.

The analyst rates PTCT an Outperform with a price target of $91.

According to TipRanks.com, which measures analysts’ and bloggers’ success rate based on how their calls perform, analyst Simos Simeonidis has a total average return of -9.6% and a 32.3% success rate. Simeonidis is ranked #3474 out of 3614 analysts. 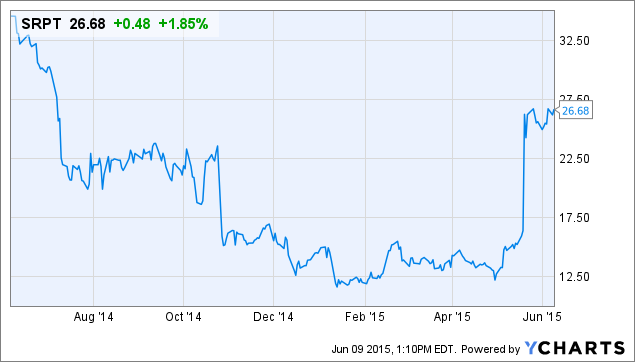