RBC Capital analyst Mark Mahaney came out with his prediction on Yahoo! Inc. (NASDAQ:YHOO), as the company is scheduled to report its first-quarter results on Tuesday, April 21 after market close. Additionally, the analyst maintained a Perform rating on the stock, with a $55 price target, which implies an upside of 24% from current levels.

“The tax-free spin-off of the Alibaba stock is unambiguous goodness. And the $380MM in Mobile, Video, Native & Social Ad Revenue in Q4 is a distinct positive. But fundamentally – with 1%-2% Total Revenue Y/Y declines in Q4 and more of the same expected in Q1 – YHOO remains a show-me story.”, the analyst added.

Bottom line: “We view Street estimates as reasonable for Q1, with a modest likelihood of upside variance on the bottom-line. We believe YHOO should be able to at least bracket Street estimates for Q2.” 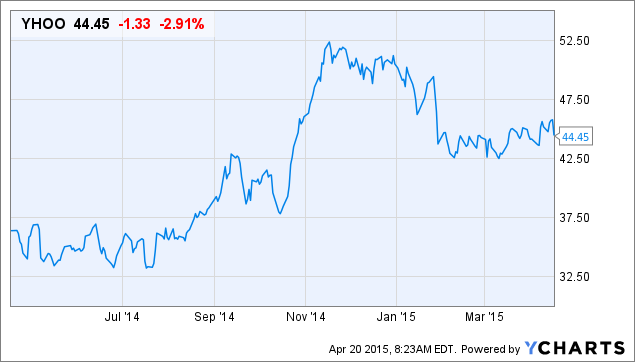