RBC Capital analyst Mark Mahaney weighed in with his prediction on Alibaba Group Holding Ltd (NYSE:BABA), as the E-commerce giant is scheduled to report fiscal first-quarter earnings results on Wednesday, August 12, before the market opens.

The analyst is forecasting June Quarter revenue of 21.6B RMB, above consensus at 21.0B RMB. His projections for EBITDA of 10.9B RMB (50% Margin) is in line with the Street, while Adjusted EPS of 3.44B RMB is below Street estimates of 3.58B RMB, respectively.

Mahaney wrote, “Though BABA’s March Q results were strong, we saw declining GMV on easing comps with reported Desktop GMV declining for the first time. However, we did see good adoption of Mobile, which we expect will be a recurring theme in coming quarters and a clear source of growth going forward. Recently, the Street (including RBC) has been tweaking estimates lower due to the suspension of Online Lottery sales and a lower fee structure on the group-buying platform (“Juhuasuan”), although Buy-side estimates may be lower than current Street numbers.”

Out of the 31 analysts polled by TipRanks, 29 rate Alibaba Group stock a Buy, while 2 rate the stock a Hold. With a return potential of 35.8%, the stock’s consensus target price stands at $107.21. 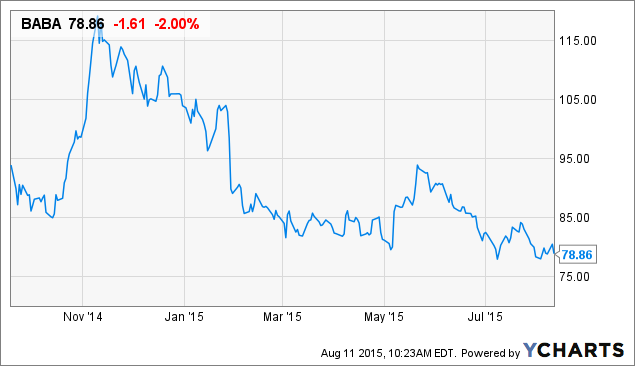