RBC Capital analyst Mark Mahaney is weighing in with some forecasts for Alibaba Group (NYSE:BABA), as the company will likely report December ‘14Q results in early February. The analyst rates the stock an Outperform with a $130 price target.

Mahaney noted, “We are forecasting December quarter revenue of 25.8B RMB, below consensus at 27.6B RMB. Our projection for EBITDA of 13.1B RMB (51% margin) is modestly below the Street at 14.2B RMB (55% margin), and our Adjusted EPS estimate of 4.37 RMB is slightly below the consensus estimate of 4.64 RMB. Based on intra-quarter data points and our model sensitivity work, we believe December quarter Street estimates are reasonable.” 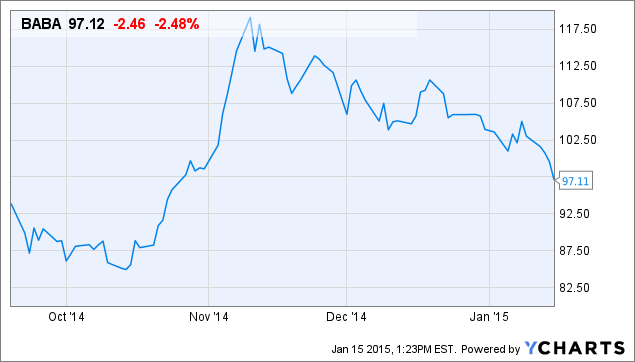