RBC Capital Remains Cautious On Groupon Ahead Of Earnings

After this morning’s bullish report from Brean Capital on Groupon (NASDAQ:GRPN), RBC Capital analyst Mark Mahaney is out, showing the other side of the story. The analyst maintained a Sector Perform rating on the stock with a $7 price target , which reflects a potential downside of -6.5% from where the stock is currently trading.

Mahaney wrote, “Groupon is expected to report Q4 results in early February: We expect $903MM in revenue, $95MM in Adjusted EBITDA, and $0.02 in Non-GAAP EPS for the December quarter. In terms of the Q1 guide, we believe that the current Street revenue estimate, implying a 6% Q/Q revenue decline, is reasonable, though the Street’s 9% EBITDA margin assumption may be a tad aggressive. Separately, the Street’s outlook for 33% EBITDA growth in 2015 may also be aggressive, given the company’s ongoing investment needs.”

Furthermore the analyst noted, “At the margin, Q3 results left us less skeptical. But we remain cautious re: the company’s long-term ability to successfully expand into the Goods and Travel segments, given the fiercely competitive conditions of those markets with very wellentrenched competitors – AMZN, EBAY, BABA, PCLN, EXPE. That said, we believe the company is likely to see continued near-term progress against its operating initiatives, and we view current valuation as ballpark reasonable.” 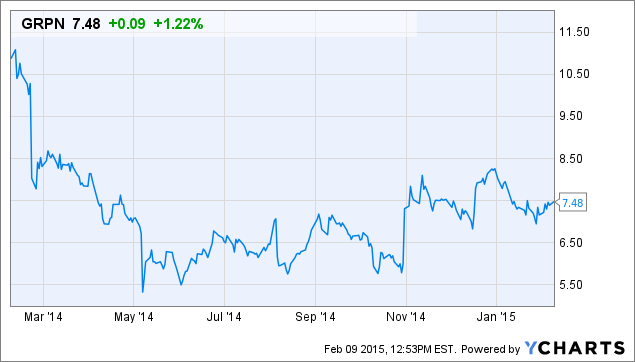