In a research report released today, RBC Capital analyst Mark Mahaney reiterated an Outperform rating on Yelp (NYSE:YELP) with an $82 price target, following the news that the company has acquired Eat24, an online food ordering service, in a transaction valued at about $134 million.

Mahaney wrote, “We are maintaining our rating following the Eat24 announcement, and view our Long Thesis as remaining fundamentally unchanged. Eat 24 is a San Bruno, CA based online ordering platform founded in 2008, which currently has about 20k restaurants in over 1.5k cities in the U.S. Eat24 was already a business partner and integrated in Yelp’s platform, but has many relationships to restaurants not already advertising on Yelp, we believe.”

Furthermore, “We view this transaction as a logical acquisition to help Yelp move deeper down the funnel to close the loop, similar to the SeatMe transaction in July 2013. Eat24 is also a known asset to YELP, as it was already integrated into the Yelp platform, providing us with assurance of deeper due diligence and a clearer path to full integration. Yelp has similar partnerships with other food ordering/delivery services, such as Delivery.com.” 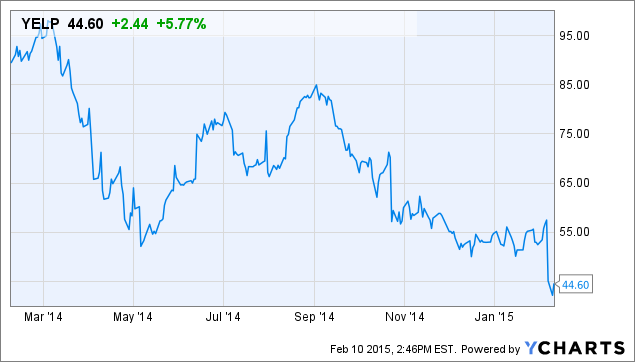