In a research report released today, RBC Capital analyst Amit Daryanani maintained an Outperform rating on shares of Avago Technologies Ltd (NASDAQ:AVGO) with a price target of $150, following a meeting with AVGO management, which left him more confident about the stock.

Daryanani noted, “We remain bullish on AVGO and expect the stock to sustain its outperformance driven by multiple self-help levers, which could result in $15 in EPS by CY18. Key takeaways: 1) Wireless growth is constrained by 100% capacity utilization as current/future customers want more allocation of FBAR; 2) While content is stable with large OEMs, it’s expected we see double digit (we think 20-30%+ conservatively) growth in next gen product, 3) BRCM on schedule to close early 2016, keep an eye on MOFCOM deadlines in late-September; and 4) Positive HDD comments on conference call were reflective of PCs & enterprise.”

Out of the 26 analysts polled by TipRanks, 22 rate Avago Technologies stock a Buy, 3 rate the stock a Hold and 1 recommends Sell. With a return potential of 20%, the stock’s consensus target price stands at $152.88. 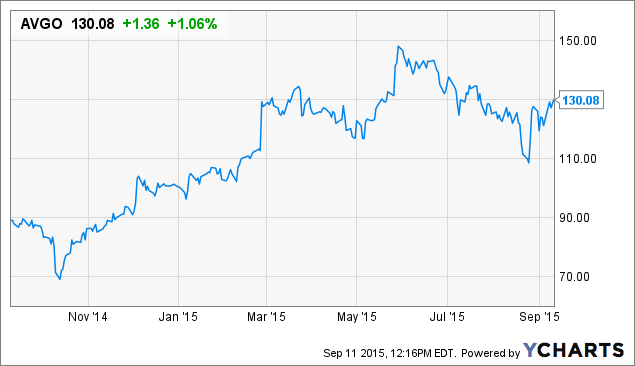