In a research report released Friday, RBC Capital analyst Mark Mahaney reiterated an Outperform rating on Facebook Inc (NASDAQ:FB) with a price target of $90, following the company’s F8 Developer Conference, which provided more evidence that Facebook has emerged as one of the largest platforms on the Internet, according to the analyst. Facebook shares are currently trading at $83.11, up $0.10 or 0.12 percent.

Mahaney wrote, “F8 featured a variety of product enhancements and rollouts and presentations by numerous FB executives on different business segments. The focus was on users, advertisers, and especially, developers. Among our major takes, we’d highlight: 1) More evidence that the already very large Facebook platform is expanding rapidly; 2) The launch of the Facebook Messenger Platform – i.e. FB is beginning to monetize yet another of its massive (600MM+ user) platforms; 3) The increasing shift of Facebook to a video platform – yes, Video Killed The Static Internet Star…; & 4) The expansion of the LiveRail platform – i.e. FB is developing more monetization/advertising options for publishers & developers.”

Furthermore, “Perhaps the biggest new product news at F8 was the launch of the Facebook Messenger Platform. Essentially, Facebook is taking an asset that has become a broad communications tool for over 600MM people and opening it up to developers. It is launching with over 40 live apps, with video functionality, stickers, and location flags highlighted.” 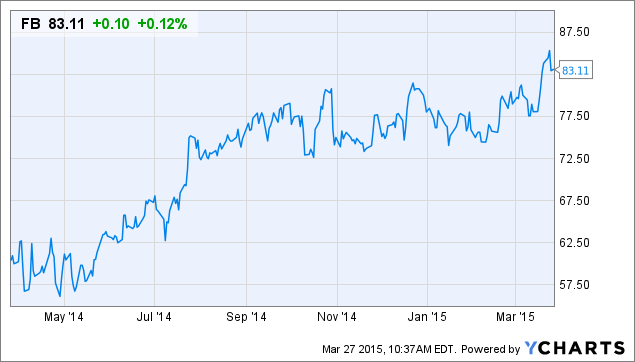