RBC Capital analyst Mark Mahaney was out pounding the table on Pandora Media Inc (NYSE:P) Thursday, reiterating an Outperform rating and price target of $25, which represents a potential upside of 53% from where the stock is currently trading.

Mahaney wrote, “The global radio advertising market ($33B) remains a very large attractive TAM; beyond this, we believe P can generate revenue from the music entertainment ($45B) and digital advertising industries ($70B).” Furthermore, “Our survey of almost 900 US Internet users found P to be the No. 2 source for music, just behind traditional radio.”

The analyst continued, “Pandora remains the leading global streaming service in terms of users, which is impressive given limited global availability. We believe its ease of use and superior music-discovery capability are two key factors. However, Spotify is rapidly approaching P’s user base and has generally better user reviews, though it has a different use case.”

Bottom line: “We continue to see P executing well despite the presence of an increasingly strong competitive set. We also view P as having significant strategic value and clear derivative value on the consumer shift to renting versus owning media and the connected car.

Out of the 29 analysts polled by TipRanks, 20 rate Pandora Media Inc stock a Buy, 8 rate the stock a Hold and 1 recommends Sell. With a return potential of 43.3%, the stock’s consensus target price stands at $23.44. 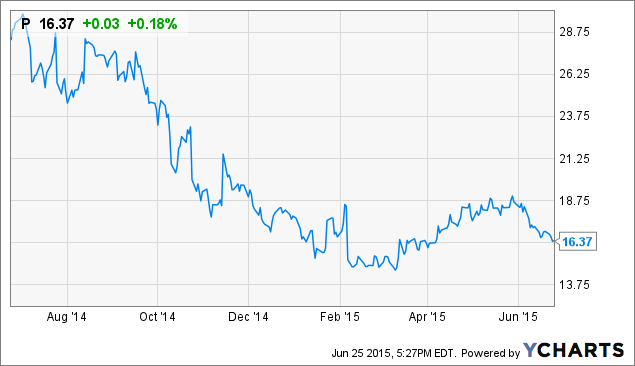