RBC Capital analyst Mark Mahaney weighed in with a favorable report on TrueCar Inc (NASDAQ:TRUE), after the company reported fourth-quarter results, posting revenue of $55.5 million, which came in-line with RBC estimate. However, EBITDA of $4.3 million was above RBC’s estimate of $2.8 million on Sales & Marketing and Tech leverage.

The analyst reiterated an Outperform rating on the stock with a price target of $23, which represents a potential upside of 15% from where the stock is currently trading.

Mahaney noted, “We are incrementally more positive post Q4 results. We continue to believe TRUE has emerged as a leading Online car platform with a large addressable market, with a differentiated value proposition to both car dealers and consumers, the potential to grow numerous new revenue streams, and a business model with significant scale potential.” 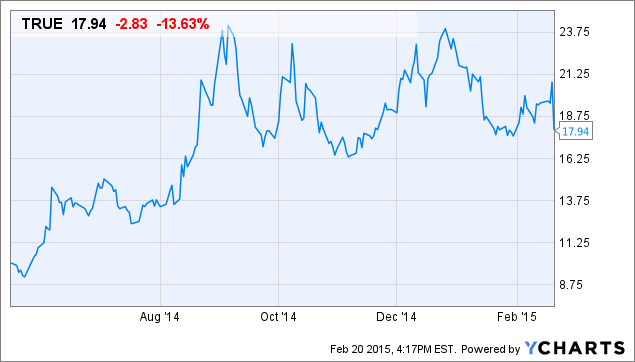