The analyst noted, “Rally’s 2QF15 results were impressive, in our view, beating at the top and bottom lines and highlighted by solid upside to core recurring revenues which reported a record sequential increase. F15 revenue guidance was reiterated despite 2Q’s upside, and F15 earnings guidance narrowed expected losses only inline with 2QF15’s upside. Given its sharp valuation pullback over the past year, we believe this result should begin to turn investor sentiment.” 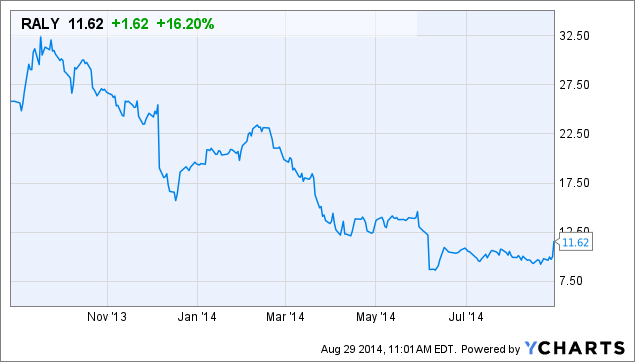