Breen wrote, “We believe that Rackspace is prudent in its decision to remain independent, as its recent focus on managed services has resulted in accelerating revenue. On today’s call, Mr. Rhodes reaffirmed the company’s third-quarter guidance. Further, we believe that Rackspace’s chief competitor, Amazon Web Services, may become less aggressive with its price decreases after Amazon’s (NASDAQ:AMZN) second-quarter results exhibited a year-over-year decline in other revenue, which is a proxy for its cloud business. Amazon management attributed part of the decline to price reductions implemented in the first quarter. Rackspace’s emphasis on managed hosting and services were evident at its customer conference that took place in San Francisco in July. Rackspace is holding another customer conference on Thursday that should further highlight the company’s focus on dedicated hosting. We believe Rackspace shares are attractively valued at 6.5 times 2015 EBITDA, given the accelerating revenue and large market opportunity.” 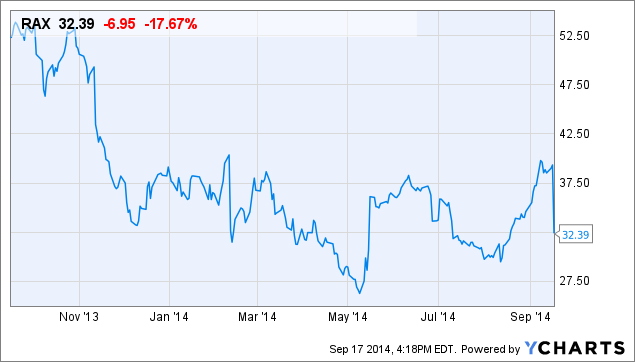