In a research report released today, Canaccord analyst Laura Champine maintained a Hold rating on Dollar Tree (NASDAQ:DLTR) with a $50 price target, as the company becomes much more attractive if it is able to complete the Family Dollar (NYSE:FDO) purchase.

Champine noted, “The deal would create an instant market-share leader with over 13,000 stores and annual sales around $18B. In addition, we think the $300M in annual synergies the company indicated it would achieve by year three is conservative given the impact we think DLTR’s superior merchandising operation would have, as well as store consolidation that was not included in the company’s initial outlook. A bidding war with Dollar General (NYSE:DG) has been quelled for now after FDO rejected the offer this morning citing antitrust concerns. A DG merger would build an entity with nearly 20,000 locations and $28B in sales. We remain on the sidelines as there are still hurdles to clear, and we are waiting to hear whether DG has a response as it disputes the antitrust issue.”

According to TipRanks.com, which measures analysts’ and bloggers’ success rate based on how their calls perform, analyst Laura Champine has a total average return of 5.2% and a 53.1% success rate. Champine is ranked #894 out of 3255 analysts. 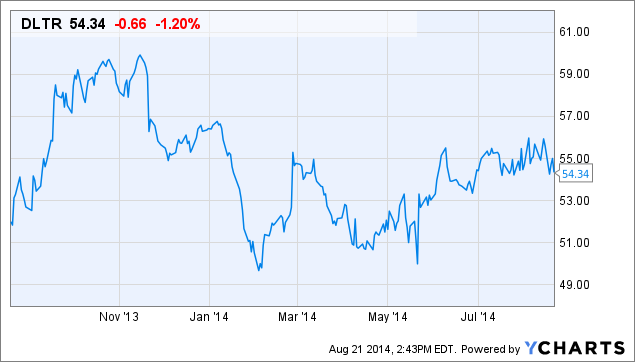 Analysts Bet on These 3 Stocks Amid Market Volatility