Polypore International: We Are Cautious On PolyPore’s Prospect For A Near-Term Rebound, Says Wedbush

In a research note released yesterday, Wedbush analyst Craig Irwin maintained a Neutral rating on Polypore International (PPO) with a price target of $38, as he has cautious on Polypore’s prospects for a near-term rebound in lithium separator sales following analysis of company salesout of the EDV channel, and continued indications that consumer lithium will remain weak.

“We rate shares of Polypore NEUTRAL for serial revenue and EPS misses, disappointment around the rate of EDV sales, limited evidence of cost management in lithium separators, and weak consumerlithium demand.This is balanced by favorable valuation and potential for reacceleration in 2015”, Irwin noted.

According to TipRanks.com, which measures analysts and bloggers success rate based on how their calls perform, analyst Craig Irwin currently has a one-year average return of -3.2% and an 48% success rate. Irwin is ranked #2892 out of 3211 analysts. 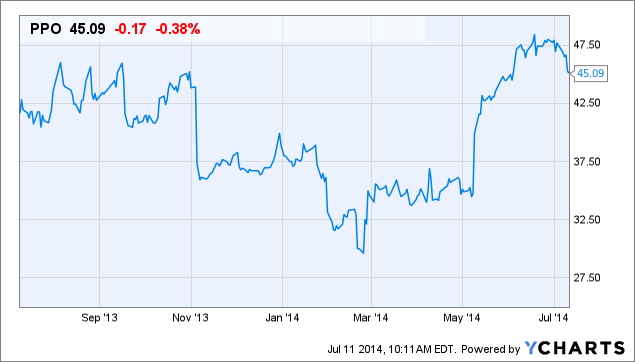 MLV Initiates Coverage On Polypore, Sees 21% Upside For The Stock