In a research note released today, H.C. Wainwright analyst Reni Benjamin reiterated a Buy rating on Pluristem Therapeutics (NASDAQ:PSTI) with a $4 price target, which represents a 51% upside from where the stock is currently trading.

Benjamin wrote, “Pluristem’s lead product, PLX-PAD, is being developed as a cell therapy for critical limb ischemia (CLI), intermittent claudication (IC), soft tissue regeneration, and pulmonary arterial hypertension (PAH). A Phase 2 study in IC is expected to complete enrollment in mid-2015, around the same time a pivotal Phase 2/3 CLI trial in Asia and Europe is scheduled to begin. Additionally, the company finalized the manufacturing process for its second product, PLX-RAD, with the potential to enter the clinic in 2015. Given the company’s successful history of forging partnerships to offset developmental costs, a manufacturing process that has been approved for pivotal trials by the FDA and other regulatory agencies, and a cash position of $51 MM, we believe Pluristem Therapeutics represents an undervalued player with upside for the long-term investor.” 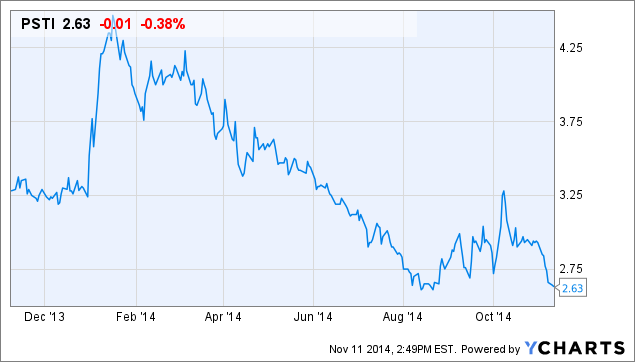