Piper Jaffray’s top analyst Gene Munster weighed in today with a few insights on Amazon.com, Inc.(NASDAQ:AMZN), after the online shopping giant announced the acquisition of Elemental Technology, a media processing company that helps media producers quickly and efficiently convert their content into multiple video outputs. Munster sees the software company’s integration with the cloud and its PaaS as the first at-scale SaaS operation for AWS and indicates Amazon’s intent to move further up the stack of technology services.

The analyst points out that the acquisition is very relevant for two reasons: 1) as a SaaS offering, it indicates Amazon is aggressively looking to move into the technology services space which can be cross sold with existing and new AWS customers; and 2) it plants Amazon firmly in the media creation and distribution landscape, which will likely be advantageous to Amazon’s media efforts.

“We believe the most significant part of this announcement is that Amazon is interested in moving up the cloud stack to SaaS. The SaaS market is very large, with Cisco estimating that SaaS will account for 59% of the cloud market by 2018 (vs 41% today). Furthermore, as the leader in the IaaS and PaaS markets, we believe AWS stands to benefit by moving into SaaS as it can more easily cross-sell new and existing customers the benefits of fully-integrated offerings and likely price synergies,” Munster noted.

The analyst rates Amazon shares an Overweight, with a price target of $650, which represents a potential upside of 29% from where the stock is currently trading. 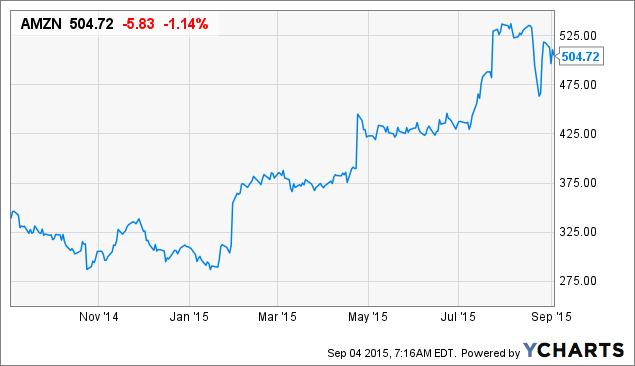