Piper Jaffray analyst Katherine Egbert came out with a favorable report on Oracle Corporation (NYSE:ORCL) due to an increase in subscription-based sales for the company. The analyst reiterated an Overweight rating on the stock and raised the price target from $49 to $54. Shares of ORCL closed yesterday at $44.28, up $0.34, or 0.77%.

Egbert commented, “We have lowered our estimates for the May 2015 quarter (Q4:FY15) due to an increasing shift from upfront license revenue to ratable, subscription-based cloud sales. We expect revenue from recurring sources to ramp to 63% of total revenue in FY17, up from 59% at FYE14. Foreign exchange was volatile during Q4; we view it as a wildcard. Approximately 30% of Oracle’s overall revenue is from EMEA and 15% comes from APAC.” 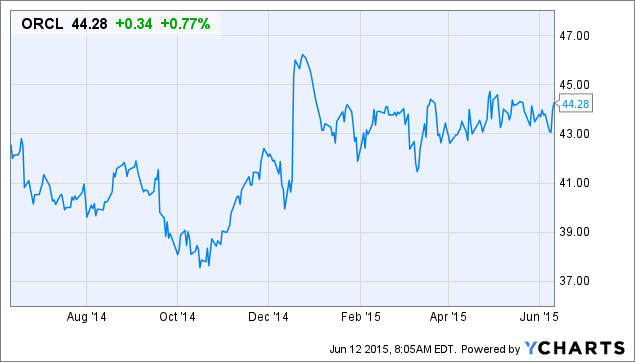