Piper Jaffray’s healthcare analyst Joshua Schimmer weighed in with his views on Amgen, Inc. (NASDAQ:AMGN), following the news that the company received FDA approval for its PCSK9 inhibitor Repatha (evolocumab) yesterday afternoon. Repatha is approved for use in addition to diet and maximally-tolerated statin therapy in adult patients with HeFH, HoFH, and ASCVD who require additional LDL lowering.

Schimmer commented: “These indications sound to be generally in line with those for Praluent (with the addition of HoFH, which is a very small market opportunity). Pricing is competitive and AMGN sounds to be quite committed to patient access and flexible reimbursement systems to drive uptake. We model $3M Repatha revenue in 3Q15, $20M in 4Q15 and $190M in 2016. Investors will be watching the launch exceedingly closely as AMGN continues to roll out a number of new products which we expect will more than offset erosion of its mature franchises to biosimilars.”

The analyst rates Amgen shares an Overweight, with a price target of $200, which implies an upside of 27% from current levels.

Out of the 17 analysts polled by TipRanks, 9 rate Amgen stock a Buy, while 8 rate the stock a Hold. With a return potential of 12.4%, the stock’s consensus target price stands at $177.07. 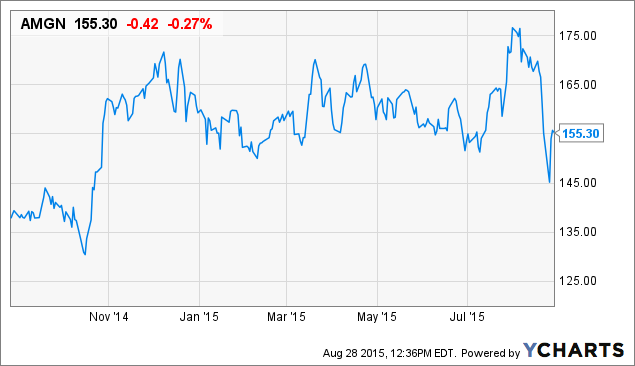