In a research report published Monday, Piper Jaffray analyst Gene Munster reiterated an Overweight rating on iDreamSky Technology Ltd (ADR) (NASDAQ:DSKY), and reduced the price target to $24 (from $30), as the company preannounced a decline in revenue expectations for 4Q14 and 1Q15.

Munster stated, “The new revenue guidance for Q4 and Q1 is 17% and 23% lower than our prior expectations. The primary reason for the lowered guidance is the delay of a new game (Cookie Run), which the company previously expected to be available in Q4. We believe that given the company’s relatively new status as a public company, shares could face difficulty getting investor attention over the next quarter or two as the company gets back on track; however, we note that even with our lowered expectations, we believe there is upside potential on valuation.”

According to TipRanks.com, which measures analysts’ and bloggers’ success rate based on how their calls perform, analyst Gene Munster has a total average return of 28.0% and a 69.2% success rate. Munster is ranked #2 out of 3516 analysts. 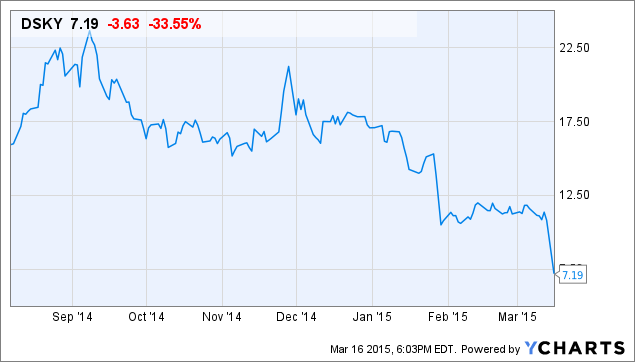