Piper Jaffray analyst Gene Munster weighed in with a few insights on iDreamSky Technology Ltd (ADR) (NASDAQ:DSKY), after the company reported fourth-quarter results and first-quarter guidance as expected following last week's preannouncement. The analyst reiterated an Overweight rating on the stock and reduced the price target to $12 (from $24), which implies an upside of 59% from current levels.

Munster noted, "Overall, today's report left us with the same sentiment as last week that shares could face difficulty getting investor attention over the next quarter or two as the company gets back on track. We continue to note that roughly half of the company's market cap is net cash; thus any improvement in the company's efforts from changing back to their own payment system and/or new game momentum would likely send shares higher. We look toward Q2 guidance in late May or early June as the next major catalyst for the stock."

Furthermore, "We are reducing our target via lower EBITDA and a lower multiple, again, until we see how the company responds in Q2. Our new price target is $12 based on 8x CY15E EBITDA (our prior multiple was 12x). We assume $147m in net cash and 44.9m shares out per the company's report." 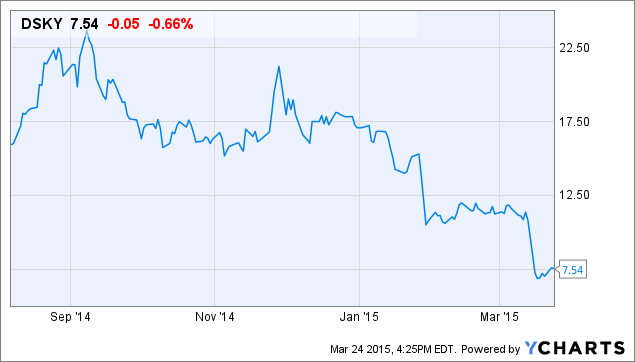