Piper Jaffray analyst Joshua Schimmer weighed in today with a few insights on bluebird bio Inc (NASDAQ:BLUE), after the company announced that data from its ongoing Phase 1/2 HGB-205 study of LentiGlobin, which will be presented in an oral presentation on June 13, 2015 at the 20th Congress of the European Hematology Association (EHA) in Vienna, Austria.

Schimmer noted, “Our impression is that the results suggest the patient is well on their way to being ‘cured’ of their sickle cell disease. Primary metric to focus on is VCN (vector copy number) in peripheral blood of 2.4, which implies high chimerism in the marrow with the gene therapy corrected product and most cells ultimately will have the T87Q HbA gene which will stop sickling and crises. Focusing on the HbAT87Q % and HbS % is a bit misleading because the patient was being transfused and is in the process of gradually being weaned off the transfusions.”

Bottom line: “Our recent deep dive on LentiGlobin combined with this update keep us confident that BLUE is on the cusp of a dramatic breakthrough for many sickle cell disease patients and we await further updates.”

The analyst rates the stock an Overweight with a price target of $186.00, which represents a slight upside potential from current levels. 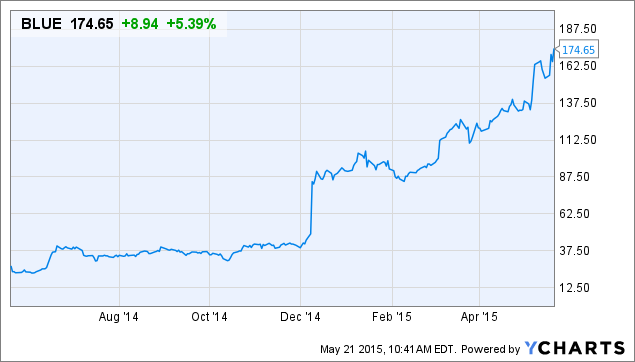