Apple Inc. (NASDAQ:AAPL) fans have lined up at stores around the world to get the latest versions of the iPhone. After a dramatic redesign last year in which Apple enlarged the iPhone’s screen and added mobile payments, the iPhone 6s and 6s Plus boast more modest improvements, including improved cameras and 3D touch.

According to Piper Jaffray analyst Gene Munster, the iPhone 6S launch line at 8AM ET at the 5th Avenue NYC store was about 650 people long compared to last year’s record 1,880 for the iPhone 6 launch.

Munster noted, “We view the shorter line as generally in line with our expectations for three reasons. First, China was added as a launch country for the first time, reducing iPhone resellers in line. Second, “S” cycles have historically had shorter lines than their respective number change cycles. Third, Apple continues to promote pre-orders/online sales. We remain comfortable with our 12-13 million opening weekend unit estimate.”

Munster reiterated an Overweight rating on Apple shares, with a price target of $172, which represents a potential upside of 48% from where the stock is currently trading.

Out of the 49 analysts polled by TipRanks, 33 rate Apple stock a Buy, 14 rate the stock a Hold and 2 recommend a Sell. With a return potential of 26%, the stock’s consensus target price stands at $146.85. 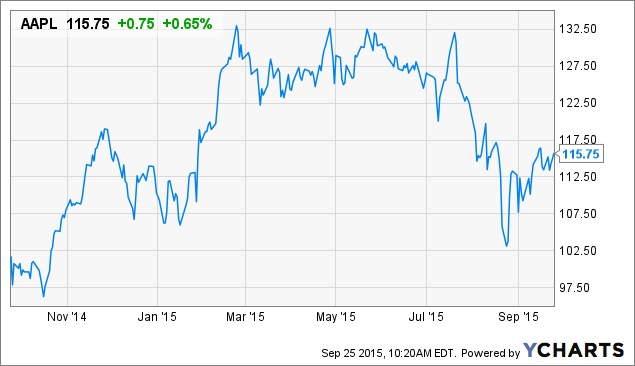