Amazon.com, Inc. (NASDAQ:AMZN)’s 24-hour summer sale for Prime members, called Prime Day, has proven to be a major success that Amazon will likely enjoy for years to come. According to the online retailer, shoppers ordered 34.4 million items from Amazon during the day. According to Bloomberg Intelligence, Amazon’s new day of sales may have forced Wal-Mart Stores, Inc. (NYSE:WMT) to cut its second quarter margins to offer its own discounts on its sale day yesterday.

In response, Piper Jaffray analyst Gene Munster weighed in with a few insights.

According to Munster, his unit estimates imply that Prime Day alone will add 2% to unit growth for the Sep-15 quarter. He noted, “Equally importantly, we see this event as being a strong branding event that introduced many to products they many not have known Amazon offers, such as AmazonBasics, Amazon Home Services, and Prime Pantry (among many others), in addition to attracting “hundreds of thousands” of users to Prime in one day.”

“We continue to view Prime as one of the most important drivers of growth for Amazon and believe that this campaign will only strengthen its perceived value among consumers. Separately, traction in India is surprisingly strong, which we believe is a positive indicator of Amazon’s success in rolling out to the young Indian eCommerce market.”, the analyst added. 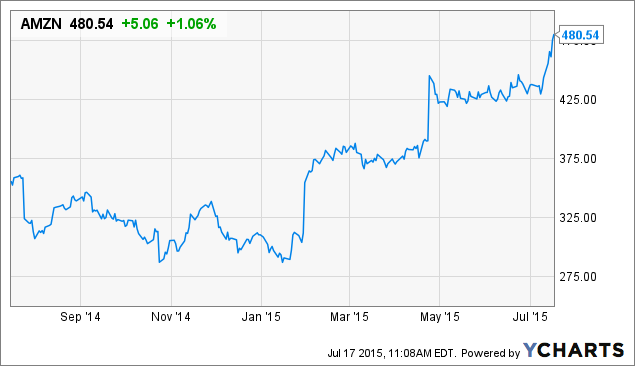