Piper Jaffray analyst Gene Munster weighed in today with his views on Amazon.com, Inc. (NASDAQ:AMZN)’s recent deal with the key people associated with the BBC series “Top Gear”, which are hoping to re-create the success of the long-running TV show for Amazon Prime.

According to the Munster, while Amazon will not be able to use the Top Gear name, they have the critical pieces under contract to produce a knock-off version of Top Gear exclusively for Amazon Prime. “While losing the Top Gear name dilutes the near-term impact to Prime video usage, we believe longer term this group can replicate the Top Gear runaway success in the future and draw attention to Amazon’s lineup of exclusive content.”, the analyst noted.

The analyst continued, “At the core of Amazon’s motivation to restart the Top Gear theme is a goal to use Prime content as a way to add new Prime users, which in turn spend 2-3x more on Amazon than non-Prime users. Having a Prime membership biases consumers towards Amazon and creates a stronger moat against other online and offline retailers. As far as the size of the opportunity, another way to frame Top Gear’s loyal viewers is it represents about 7x our estimates for Prime’s current subscriber base.”

Furthermore, “Another benefit Amazon will derive from adding the Top Gear theme is that it will draw consumer attention to the other exclusive content Amazon produces and will lend further credibility to Amazon’s library of originals. Amazon’s track record in original content is surprisingly successful, for example its original series “Transparent” yielded it 11 Emmy nominations.”

The analyst rates Amazon shares an Overweight with a price target of $650, which implies an upside of 21.0% from current levels. 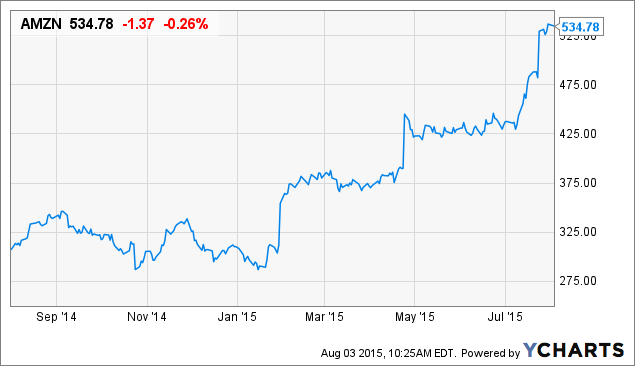