Piper Jaffray's research analyst Gene Munster weighed in today on Apple Inc (NASDAQ:AAPL), as he believes the company has a small team of engineers exploring augmented reality applications. The analyst believes at the core, the group is likely trying to understand a wearable interface that design would ultimately make fashionable/socially acceptable. At this point, he believes that it is difficult to determine if or when these experiments might yield a product.

However, "We believe Apple's early involvement in the space suggests the company is preparing for the next evolution of computing. Additionally, we believe Apple's evolving fashion advantage means that they can uniquely develop products that consumers will actually want vs prototype style offerings today."

The analyst rates the stock an Overweight with a $160 price target, which represents a potential upside of 24.5% from where the stock is currently trading. 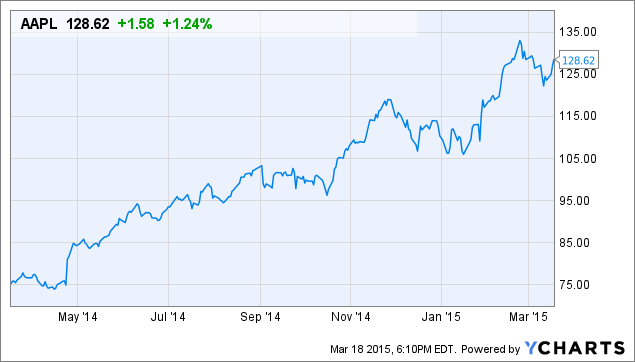