In a research report published today, Piper Jaffray analyst Joshua Schimmer offered some favorable commentary on GW Pharmaceuticals PLC- ADR (NASDAQ:GWPH) after attending a one-day course at NYU covering cannabinoids for the treatment of epilepsy. Schimmer reiterated an Overweight rating on with a price target of $147.00. Shares of GWPH are currently trading at $120.43, down $3.77, or -3.04%.

After attending the course, the analyst explained that “[He] continue[s] to believe GW is uniquely positioned to benefit from the growing enthusiasm and emerging science for the wide range of potential conditions given its extensive involvement and expertise.” Furthermore, Schimmer expressed that GWPH remains the firm’s top mid-cap pick going into a data-rich 2H. 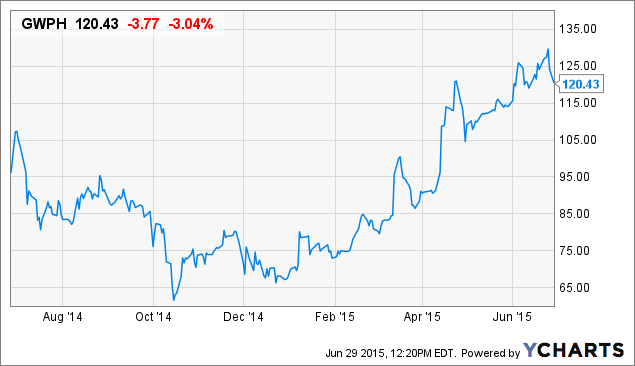