In a research report issued today, Piper Jaffray analyst Joshua Schimmer offered some positive commentary on bluebird bio Inc (NASDAQ:BLUE). The analyst reiterated an Overweight rating on bluebird stock with a price target of $213, which implies an upside of 34% from current levels.

Schimmer observed, “As we pass the midway point of 2015, we’re refreshing our thinking on our coverage universe. For BLUE, LentiGlobin is rapidly emerging as one of the most exciting new therapeutic candidates in the Orphan Disease field, having shown remarkable effects in patients with beta-thalassemia major and more recently seemingly curing a patient with sickle cell disease. The company now has clarity on a path forward for EU and US registration of LentiGlobin for beta-thal, the latter requiring two small additional studies.”

Furthermore, “The Lenti-D program for CCALD has completed enrollment with data expected in 2016. BLUE is now pivoting to become a more fully integrated company, already preparing for commercialization and expanding its pipeline into CAR-T therapeutics and other Orphan diseases leveraging its gene therapy and gene editing capabilities. BLUE remains a top mid-cap pick as we expect additional LentiGlobin updates for sickle cell disease to continue driving shares higher.”

All the 8 analysts polled by TipRanks rate bluebird bio Inc stock a Buy. With a return potential of 28%, the stock’s consensus target price stands at $203.67. 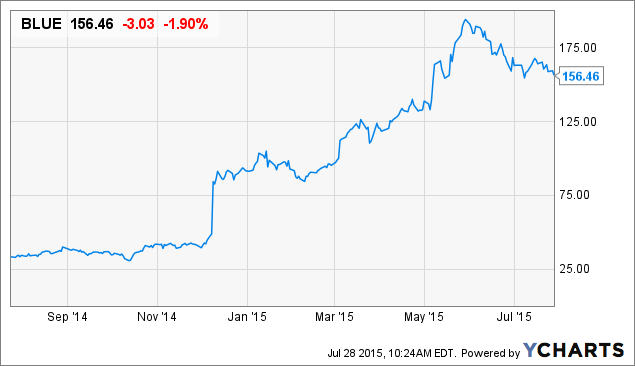