Piper Jaffray analyst Joshua Schimmer came out with a research report on bluebird bio Inc (NASDAQ:BLUE) following an EHA conference where data was presented about HGB-205 which could lead to a cure for beta-thalassemia major and sickle cell disease. The analyst reiterated an Overweight rating on the stock with a price target of $213. Shares of BLUE closed yesterday at $180.81, down $5.37, or -2.88%.

Schimmer noted, “The data is largely in line with our expectation, as the clinical benefit of LentiGlobin in SCD was impressive. The pt has been free of hospitalization (means no sickle crisis) and, equally importantly, free of hemolysis with steady increase in HBA-T87Q as the transfusions have been weaned off.”

“Our first impression is that these data further solidify LentiGlobin prospects in curing beta thal major and more importantly, SCD. We’ll look at getting additional details during a conference call BLUE is hosting tomorrow morning at 8AM EST to discuss results.”, the analyst added.

All 8 analysts polled by TipRanks, rate BLUE stock a Buy. With a return potential of 12.64%, the stock’s consensus target price stands at $203.67. 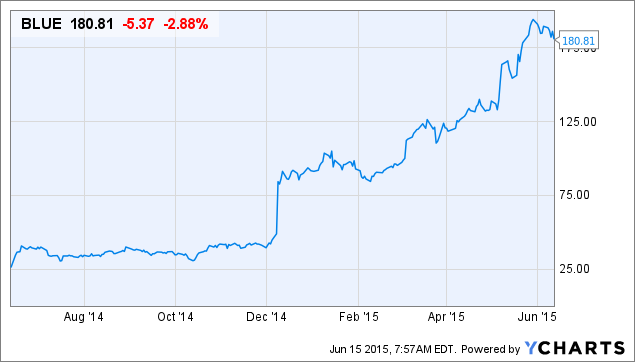