GW Pharmaceuticals PLC- ADR (NASDAQ:GWPH) received another set of praises from analysts at Piper Jaffray in a research report released today. The research team, led by analyst Joshua Schimmer, maintained an Overweight rating on the stock, with a price target of $147, which implies an upside of 29% from current levels.

The report follows the news that the company’s 88-patient Phase II study of Cannabidiol (CBD) for schizophrenia met a number of exploratory endpoints, sending shares up 8%.

Schimmer noted, “We had previously highlighted schizophrenia as one of a cluster of diseases linked to epilepsy and as such, one that could be particularly responsive to CBD. This update may boost shares today, but more importantly we believe it validates our view that if CBD is indeed a valuable drug for seizures, it is likely to find utility in many diseases beyond.”

“We suspect that subclinical (or overt) epileptiform activity may be partially responsible for symptomatology in a broader group of diseases, including autism and schizophrenia. As such, we believe there is a feasible scientific premise to believe these results, albeit in a small trial, may indeed reflect a true drug benefit. Schizophrenia represents another potential blockbuster indication with high unmet medical need,” the analyst continued.

As of this writing, 3 analysts are bullish on GW Pharmaceuticals, according to TipRanks. With a return potential of 23.5%, the stock’s consensus target price stands at $141. 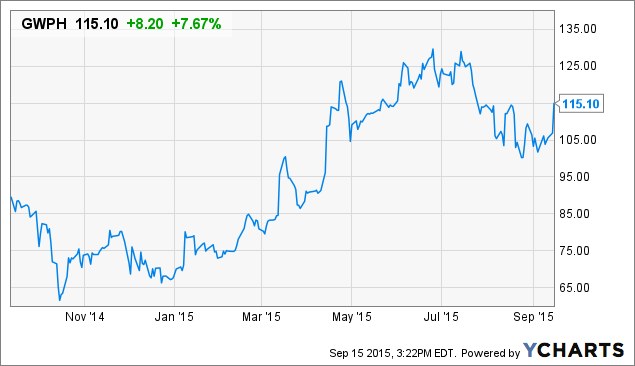